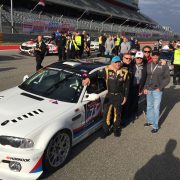 Cor Euser Racing had entered the BMW E46 M3 in the A3 class, but being the only car there, it was moved to the much stronger SP3-GT4 class. Clearly suffering an on-track lack of speed against the faster GT4 cars, the car was given a larger fuel allowance during any eventual Code-60 than its class competitors. The team’s strategy was adjusted accordingly, but would of course need quite some luck with Code-60 being called at times where the extra fuel allowance could be exploited.

Drivers at 24H COTA were Cor Euser himself and 24H world record holder Jim Briody (USA) – this would be his 90th 24H (or longer) race! Not only has he raced a lot, his finishing statistics coming into this race would impress anyone: 23 wins and 49 podiums in 89 races!! Joining them this time were the Ducate family; father Wayne and sons David and Chapman, all very fast and experiences US drivers – this was looking good!

Spending the free practice sessions to get familiar with the car and the track, studying data and getting faster and more confident lap by lap, things are looking good for the start of the race. Jim takes the start and keeps it clean for two hours and brings the car back in P5 of 6.. Then it’s Wayne’s turn, all is well, and he brings the car back after two hours in P4. Then David, all is still well, and after his two hour stint we are still P4, on the same lap as P3, only one lap behind P2 and only two laps behind P1! Then Chapman, who unfortunately have to pit after 30 minutes with a broken gearbox…:-(

Changing the gearbox takes quite some time so we are now basically out of the running for a podium. Nevertheless, and in the 24H spirit of #nevergiveup, we get going again, but the gremlin that ate the first gearbox hasn’t stopped chewing so we keep struggling with getting the car change gears in a smooth and non-destructive manner. In consultation with the drivers, we eventually decide to park the car to avoid more damage. Game over.

Before the gearbox gremlin attacked, the car was great; here is Chapman having a few good laps:

Sharing the pitbox with Manthey Racing was rather cool: 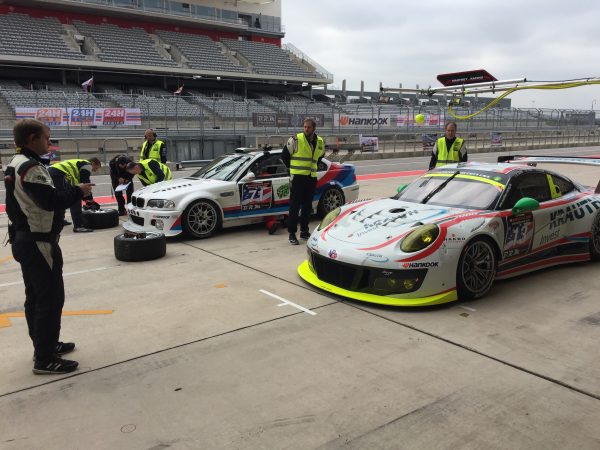 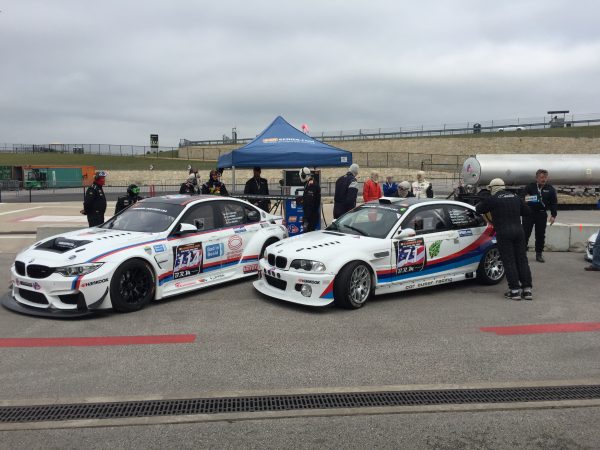 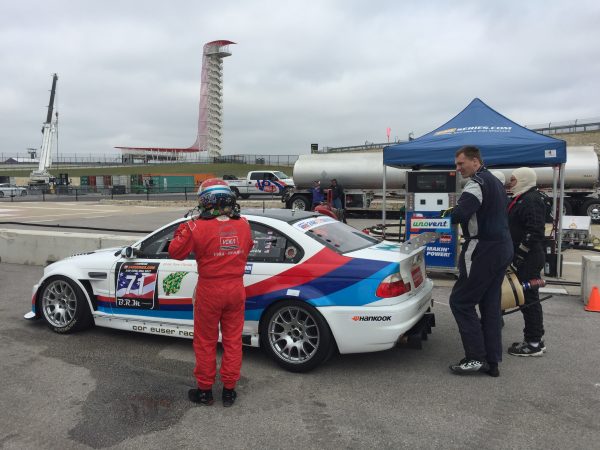 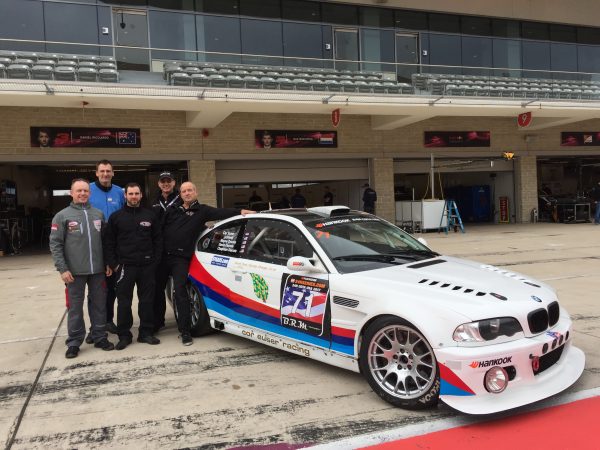 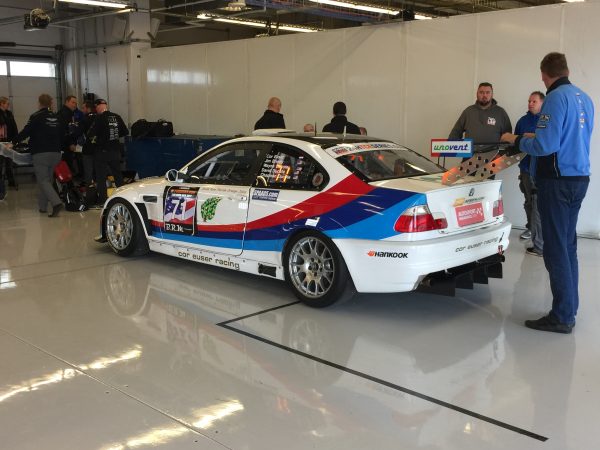 Packed up and ready to go directly to Dubai 24h! 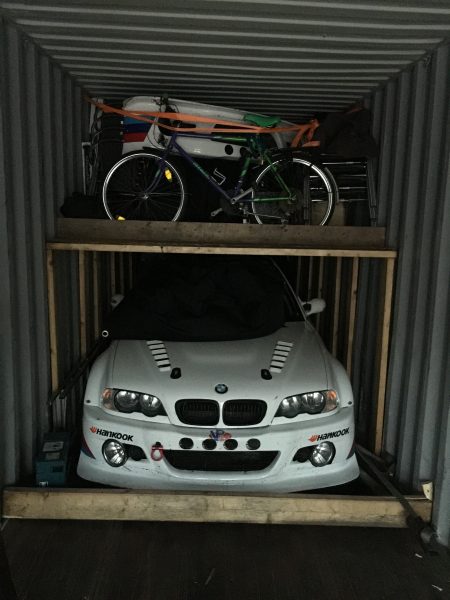 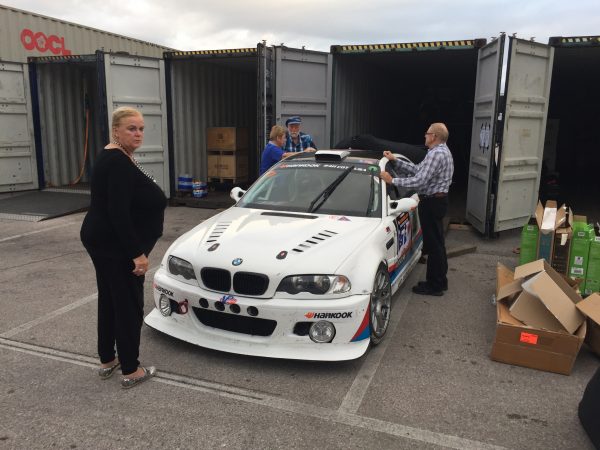 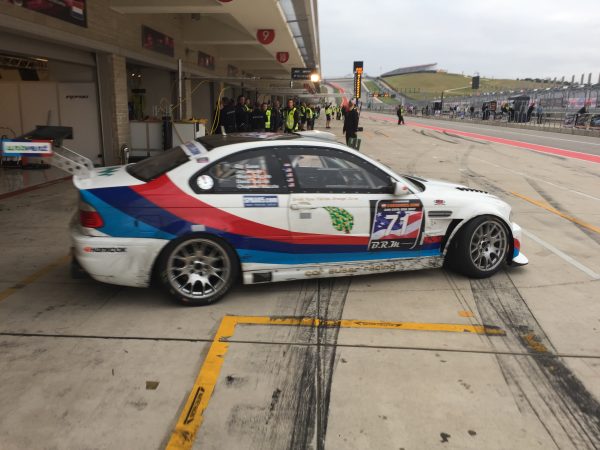 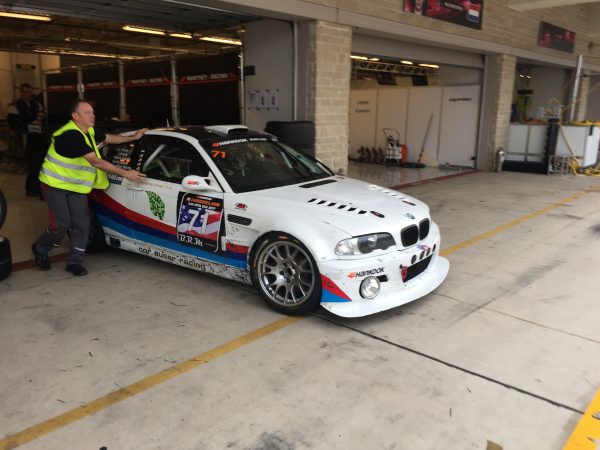 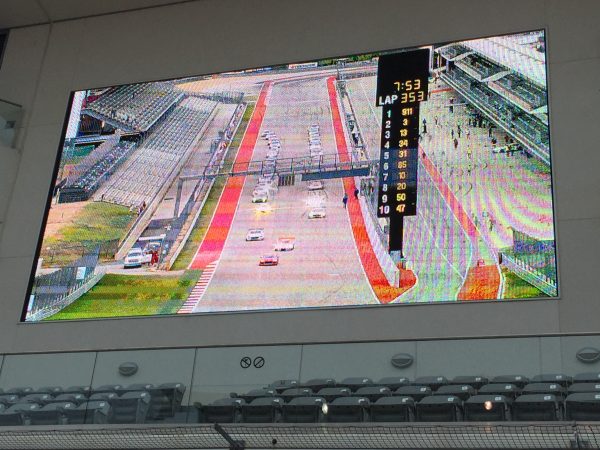 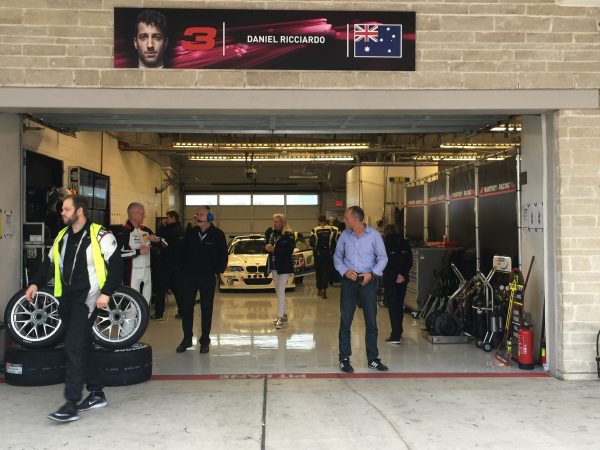 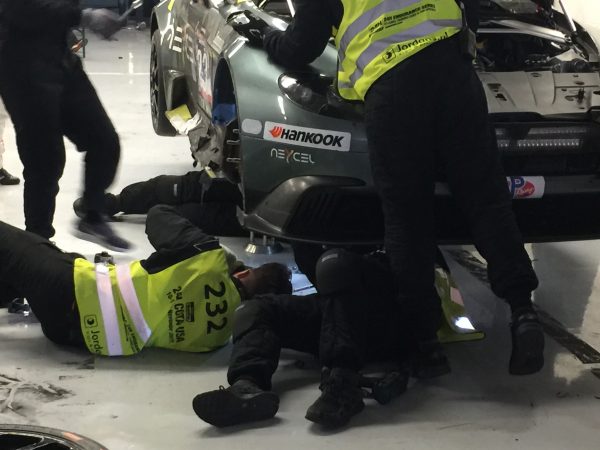 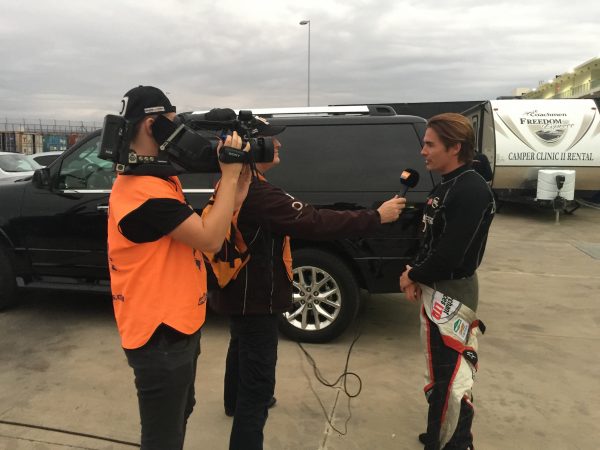 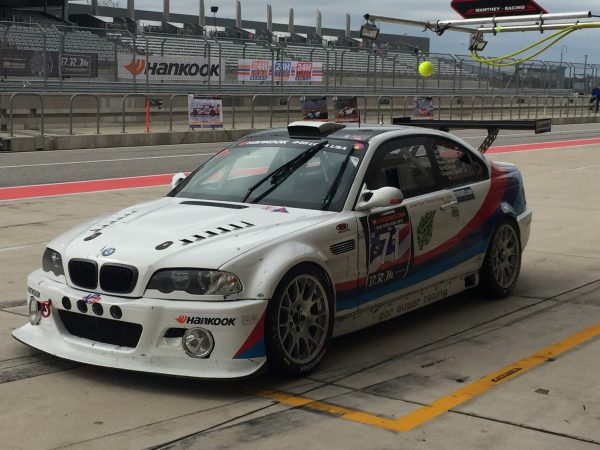 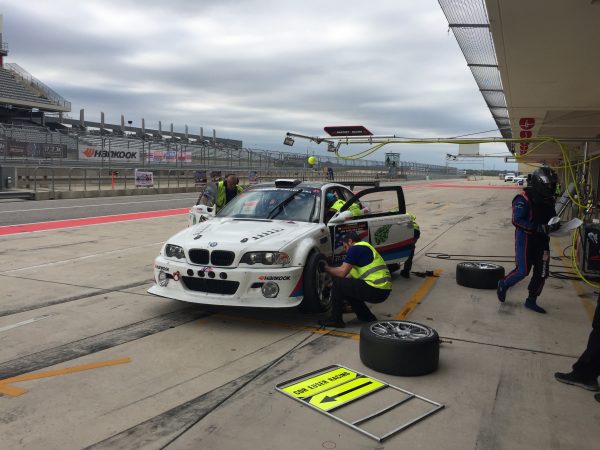 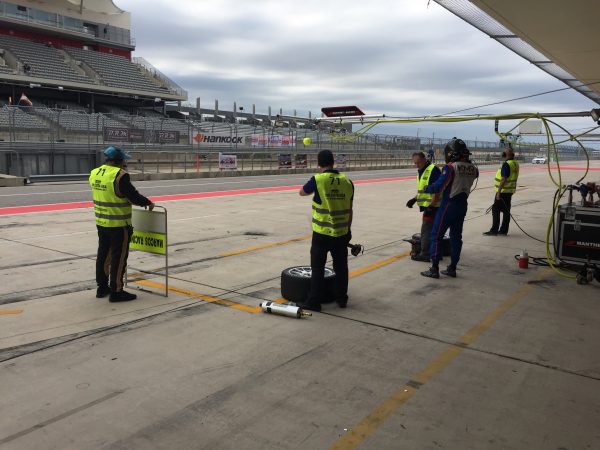 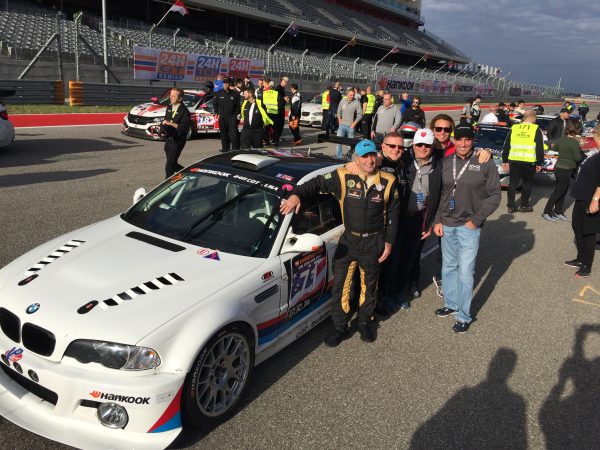 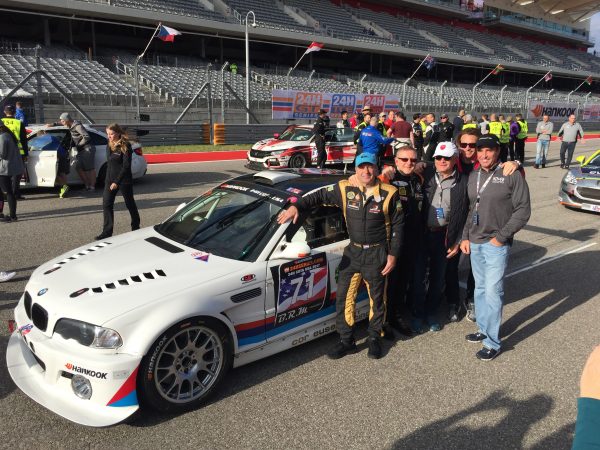 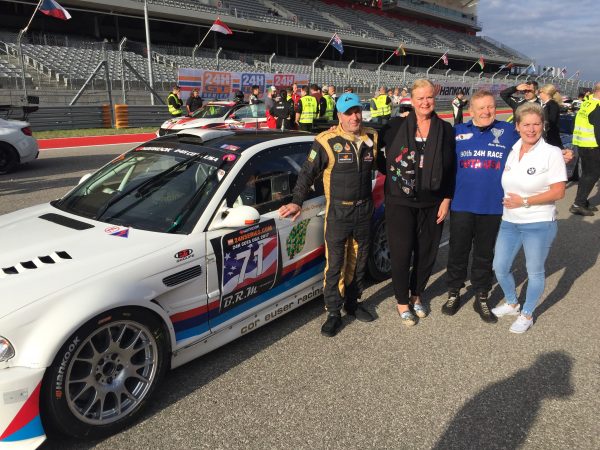 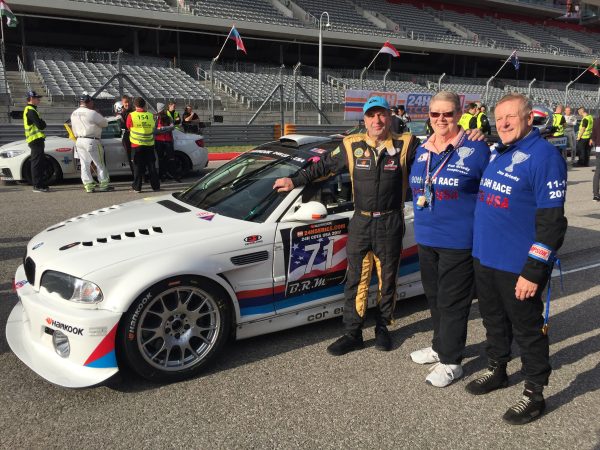 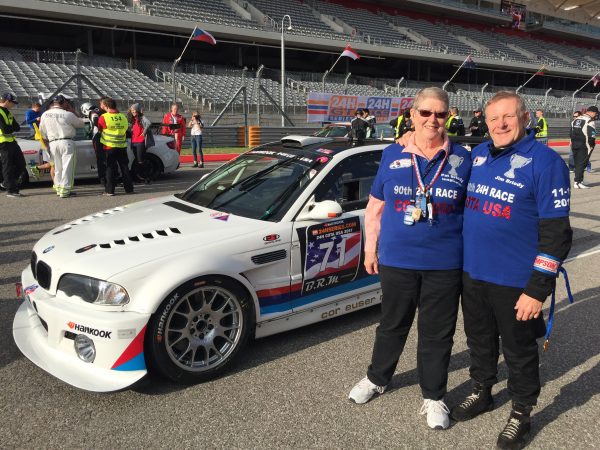 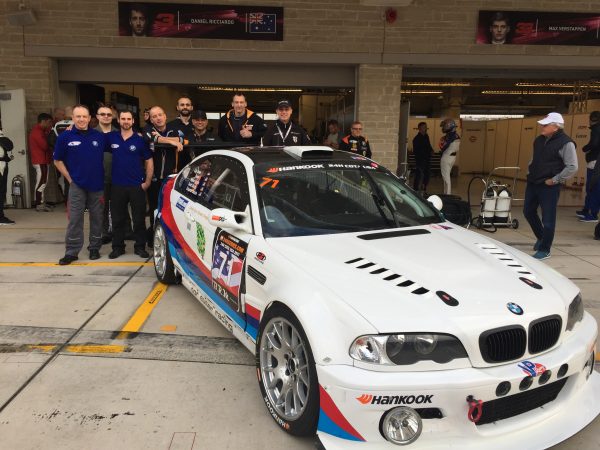 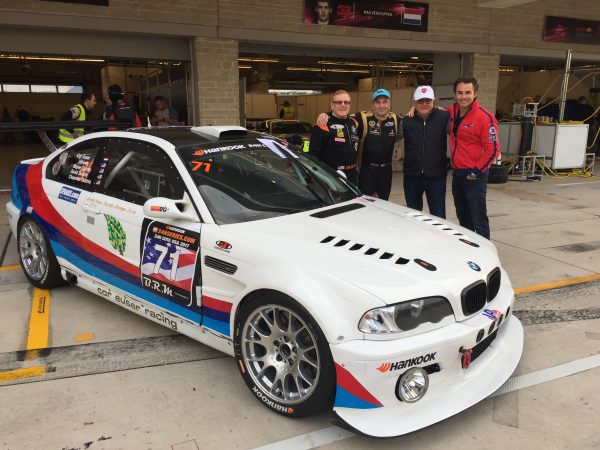 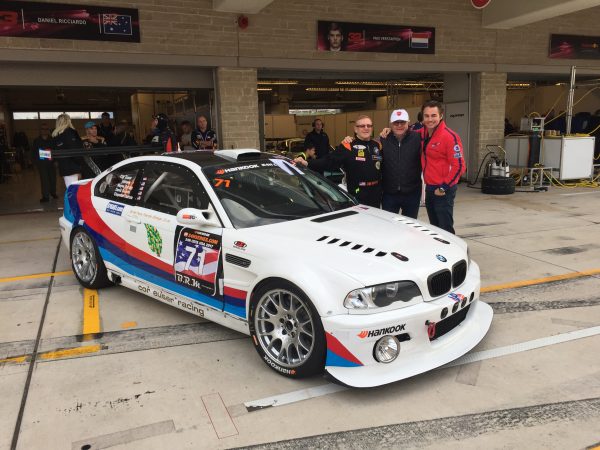 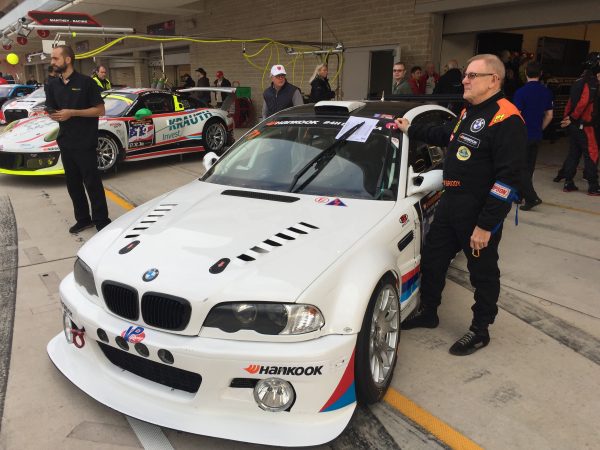 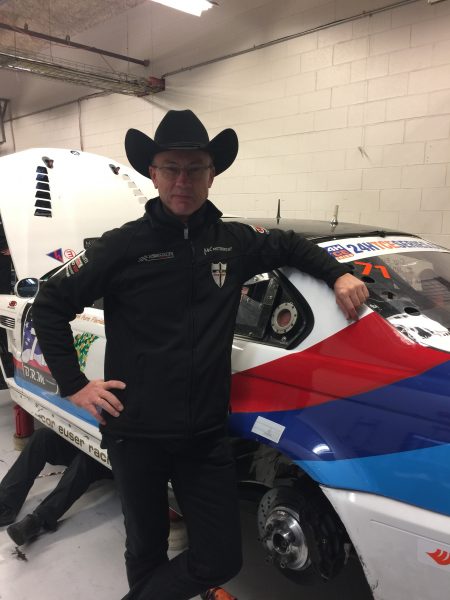 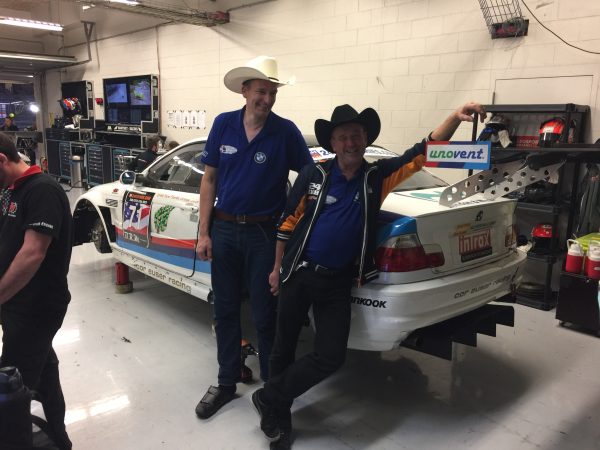 Texan steakhouses can definitely be recommended! 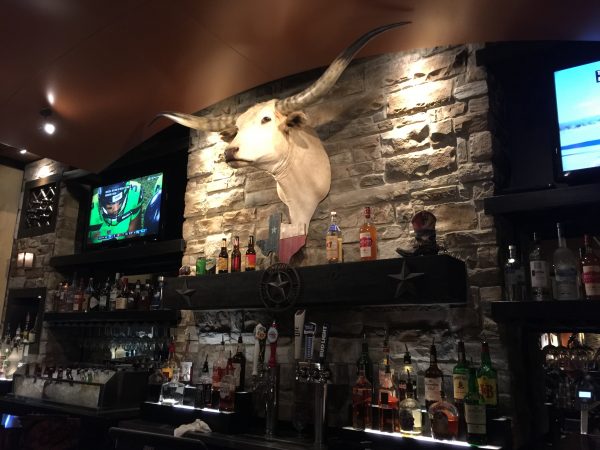