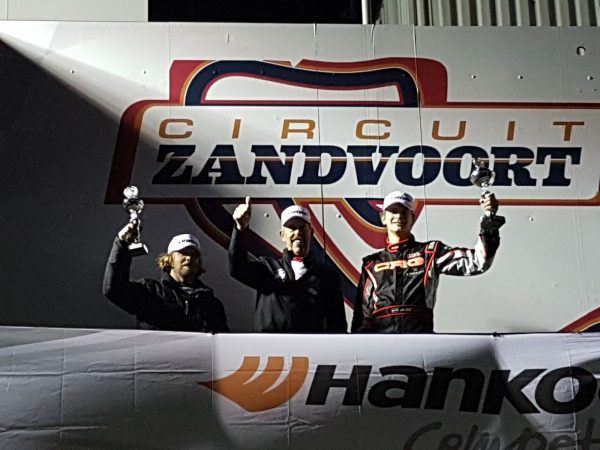 In difficult conditions, wet and dark, Maks van Meever was able to go from 6th position on the grid to P1 after just 2 laps. Most of his advancement was due to a great start in Cor Euser Racing’s Lotus Evora GT4, and with Cor Euser starting from pole in his new BMW M3 DRDO Cup car, it became a battle between the two teammates that Maks elegantly solved without drama and then made the rest of the race look easy as he drove away from the field, taking overall and SP+ class victory and also setting the overall fastest laptime of the race (2:00.600)!

Although Cor had started from pole, he was up against fierce competition from the title contenders in the M3 class and indeed some of the other drivers showed very good speed in the wet conditions. Nevertheless, the new car held up well and Cor crossed the finish line as second overall and winner of the M3 class including the fastest race lap of the class (2:01.835). Unfortunately, a 40 seconds post-race time penalty was issued and Cor therefore dropped to third in class.

We look forward to seeing Maks continue to win races with us and we are pretty sure Cor will be a contender in the DRDO championship next year! 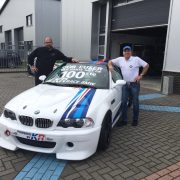 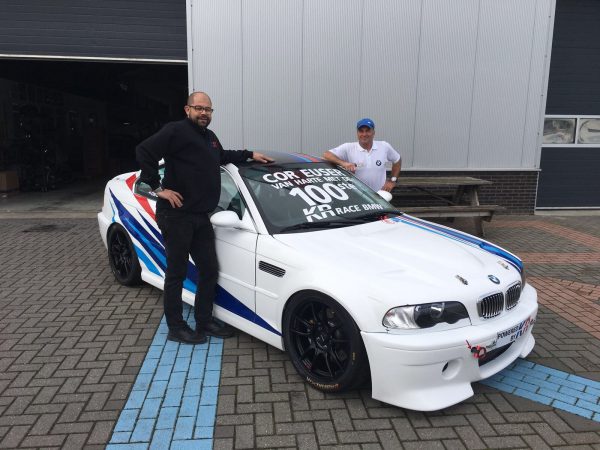 At small ceremony marked the occasion of Cor Euser taking delivery of his latest race car, a BMW E46 M3 DRDO Cup, made to order by Koopman Racing. 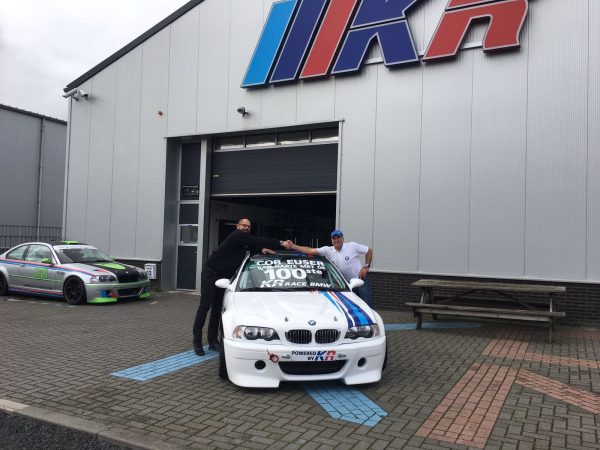 Hein Koopman handed over the keys himself, as the car marked a milestone for him as well – it was race BMW number 100 that rolled out of his production facility! 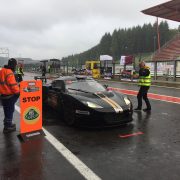 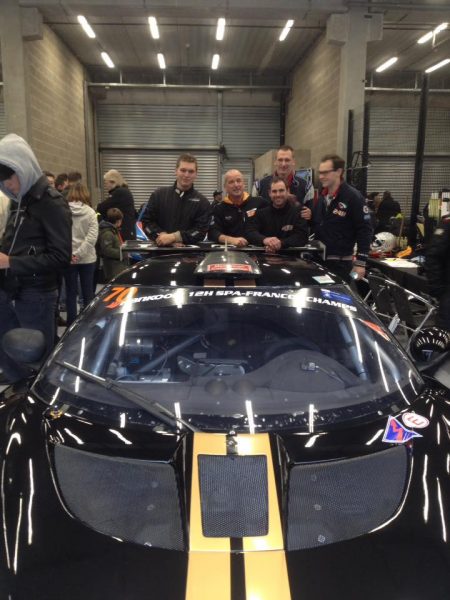 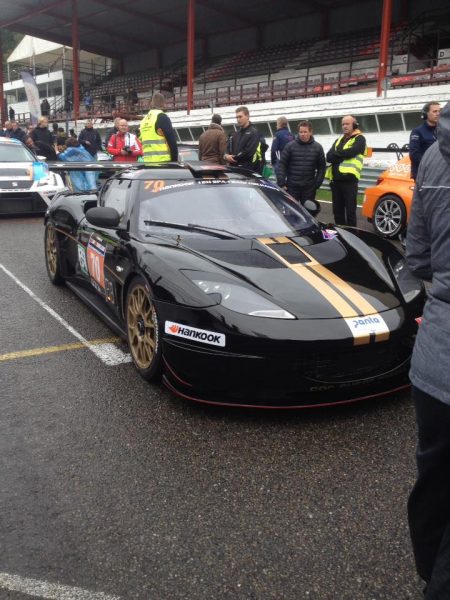 The #70 Lotus Evora GT4 was driven by Cor Euser, Peter Klutt (CAN) and Antonio Polito (CAN). The crew this time was Eloy, John, John, Fred and Ruben.

P8 in qualifying was not quite where we had hoped, but the GT4 class was particularly strong this weekend; 12 entries including 3 new Mercedes-AMG GT4.

The race was split into 3 hours on Saturday and 9 hours on Sunday. It started very well, with Peter taking the start and making up ground very nicely to P5. Antonio took over after ca 1.5h, but somehow the car ran out of fuel and stopped on track. We were towed back to the pits and could get the car going again, but obviously lost a lot of time and dropped to the bottom of the class. 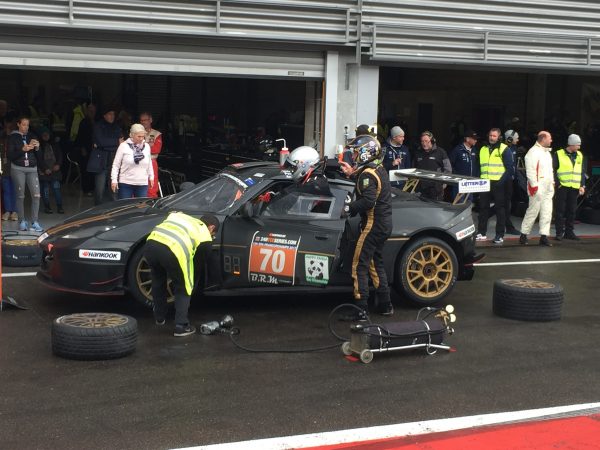 The re-start was done by Cor, and in the tricky conditions he was the only one in the entire 48 car field that could match the lap-times of the Mercedes-AMGs! Peter’s morning stint also went really well, and when Cor took over the car again for the 3rd stint on Sunday, we were glued to the timing screens watching him make everybody look like they were beginners. Consequently, we were again climbing in rankings and were now in a group of GT4s fighting for P3-P8. 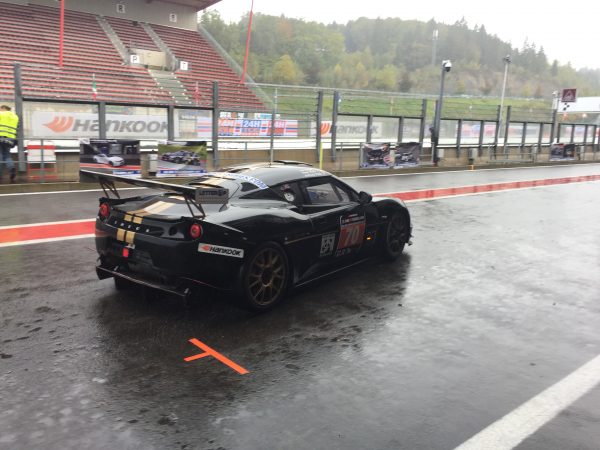 The track dried up so when Cor came in, we gave Antonio slicks and sent him out to continue the charge. Unfortunately, the weather turned to more rain, so we had to look at his lap-times getting slower and slower – until we suddenly saw “Car 70 stopped in Turn 15” and immediately thereafter a Code-60. Oh no! Fortunately, the car had not been involved in a big accident; instead a huge body part from another car had jammed itself into the rear wheel-arch and eventually managed to destroy the gearbox – game over.

Despite great driving, brilliant car and outstanding crew effort as always, we had no luck this time and left Spa empty handed. We now have unfinished business here, so we will be back!!! 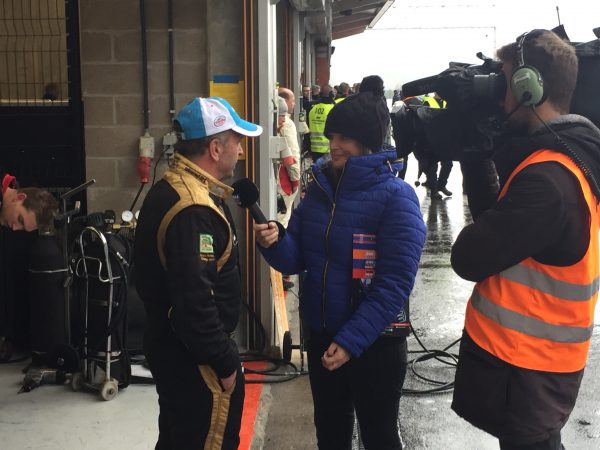 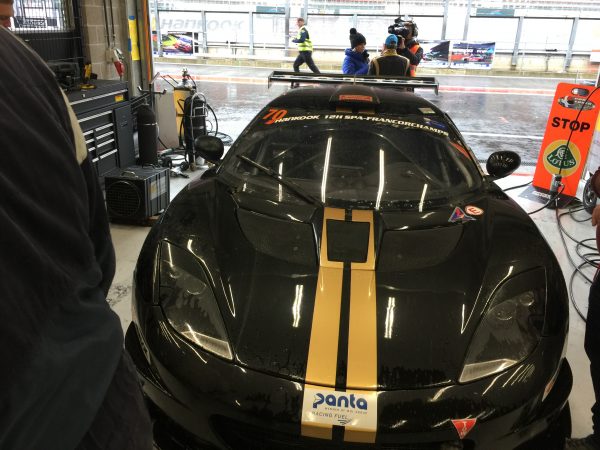 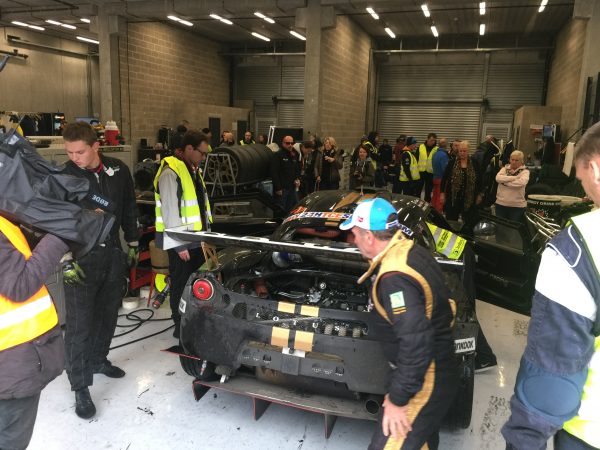