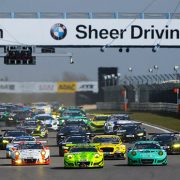 Cor had put the #669 on P18 of 22 in the class, P111 of 188 total, and although it was 4 years since Cor was last driving the Nordschleife, it says quite a bit about the level of competition in this series! Cor took the start and could stay out of trouble and work his way up the rankings to P9 in class during his 8 laps while many accidents caused Code 60 and difficult driving conditions.

Simon (simontrummer.ch) took over the car as planned and started off in P13 and could also climb in the rankings to P11, but a radio misunderstanding forced him to pit two laps early and Cor had to rush to get ready for his second stint, but fortunately no time was lost and he was still P11 after his outlap. The track was now almost free from accidents so he could find a better rhythm and set the car’s fastest race lap at 9:28 and advanced to P9 in class. Having started the stint too early, it was clear that he had to come in for fuel before the end so after 7 laps he did the splash and dash with 3 laps to go. The race result of P9 in class and P72 overall must be seen as very respectable, but most importantly Cor got 18 VLN race laps and a top 75% class finish which is a significant milestone on the way to being qualified for the 24H race in May! 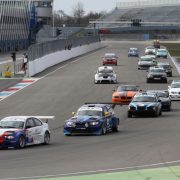 Success for Cor Euser and Cees Lubbers in Assen! Often competitors fighting for the podium places, this time sharing Cees’ BMW E46 M3 GTR and running away from the competition – winning with 2 laps lead after 5 hours.

The car ran like clockwork and with Cees improving his fastest laptime at Assen with 3 seconds to 1:56, Cor set the fastest laptime during the race with 1:53.3 and running steady at 1:54 pace, the victory could not be taken from them. 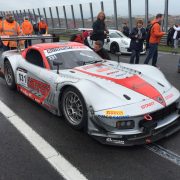 Wow – what a race – and Cor Euser wins again! Together with Henk Thuis in the Pumaxs RT, expectations were high for a repeat of the overall win in the first race of the Dutch Winter Endurance Championship (Zandvoort 500) in November, and they did not disappoint! But this was far from a start to finish victory, on the contrary, three cars were fighting it out lap by lap, changing positions both on track and by different pit stop strategies. The last 45 minutes could not have been more of thriller if it had been scripted; Cor Euser had lost the lead once more to the BMW M4 Silhouette of Ward Sluys and Bas Schouten at his last pitstop, but the M4 was hurting from a broken rear spoiler and Cor was 2-5 seconds faster per lap, but would it be enough? With one minute left of the race, the spectators could see the Pumaxs overtake the M4 across the start/finish line and leading into the Tarzan corner – job done!

Having qualified P2 on a wet Zandvoort, only beaten by Danny van Dongen’s brilliant last lap in the Mercedes SLS GT3, Cor and almost all the other top teams started on rain tyres. The one exception was the BMW M4 Silhouette with Bas Schouten that started on slicks; a high risk gamble, but it paid off! The two Porsches on P3 and P5 could jump the start and took the lead into the first lap, but when the cars returned to the start/finish straight, Cor had already taken over the lead and could pull away only followed reasonably well by the Mercedes. However, when everybody had to come in for slicks after ca. 20 minutes, the M4 could continue full speed and immediately got a healthy lead. The first regular pit stop was done during a Code-60 after 70 minutes, but all top cars came in so the only difference was that the Mercedes could continue in P2 as the Pumaxs pit stop took ca. 40 sec longer. The next hour saw the Mercedes lapping fastest and getting closer to the M4 while the Pumaxs remained ca 1m20s behind. With 80 minutes left, Cor took over the Pumaxs for the last stint and was 2 minutes behind the other two. Then drama for the Mercedes; it came to a halt out on track and after having been pulled into the pits they had to retire the car due to a drive train issue. Then not much later, drama for the M4; it pitted with the rear spoiler out of position! After a makeshift repair with generous application of tie-wraps, it was sent back out, but it was soon clear that it no longer could make the same lap times as before – the message went to Cor: If you can do 1:44 laps from now, we have a chance! Well, the rest is history – what a race!!!